The Sky Above These Clouds – A Review

My best friend, Jim Croegaert, just released his eighth vocal album, The Sky Above These Clouds (2021)—his finest to date. You might think age would roughen his voice, (his company is Rough Stones Music, after all), but not yet. It’s clearer and smoother than ever, a credit to Doug Jones’s superb mixing.

Dubbed “indie rock” by the streaming services, Jim serves up tone poems with lyrics from a life deeply examined with cuts like “Just to Be Here” (“Isn’t it good just to be here?” Track #1). If that doesn’t get you up and singing or out walking and “feeling the wind right on your skin,” check out the opening cut of his previous album, The Light that Falls to the Earth, with the lines, “I can feel the earth beneath my feet / I’m so glad that it’s not over me.” There’s a way age compels us to value and celebrate life.

So where does this celebration come from? Jim has lived a lot of life. Like one of the “Two Pilgrims on the Beach” (Track #11), “His pain was running deep / But he was not running from it.” Jim survived childhood polio that left its mark in his limp but gave him a heart of empathy to serve for years as a hospital chaplain comforting patients, many of whom confronted serious and potentially fatal illness, such as HIV/AIDS, cancer, etc.

As we come out of the COVID pandemic, I’m sure we need more music to regain equilibrium. “Lake Waters” (#3) says: “And I’m here standing on the shore / Above, it’s grey to the horizon / Trying to remember all the light in / The sky above these clouds” (album title). And for a time like this, we can cry, “Come, oh come now / Come, oh come now,” the refrain for “Not Alone” (#7).

Giving and receiving love is so essential for thriving, hence the waltz, “Sit Here Beside Me” (10), in which Jim celebrates fifty years of marriage to Janalee. But love doesn’t happen automatically. One must make the space and the time: “Come and sit here beside me / I know there’s much yet to do / But there’s the setting sun / Touching the colors with / Something like velvet / And then gone.”

My wife, Neta, has claimed “Like a Tree” (#5) as a song she wants played when she passes from this life because its theme is so life-giving in the present. It’s based on Jeremiah 17:7-8: “Blessed is the one / who trusts in the Lord . . . She is like a tree / Planted beside the water.”

Being grounded like a tree is so essential to surviving trauma, even terror. “Hiroshima” (#6) laments the horror of using nuclear bombs on civilians, not forgetting how close we came to a second holocaust over the Cuban Missile Crisis. But it’s the last verse that got me: “And I know we were close to the edge then / We’re walking mighty close to the edge now / And the chance to turn around might be a brief one / Let it begin.” Is that not what we face in devastating climate change and our polarization over what is true?

Two songs grew out of Jim’s volunteering as a chaplain with the American Red Cross Disaster Service: “Alabama Skies” (#4) and “Oklahoma” (#8) as he helped comfort tornado survivors. But one line in “Alabama Skies” spoke to me deeply when he said, “And I don’t understand / So much of what I’ve seen.” That line is echoed in “Two Pilgrims on the Beach” when he empathizes with a bewildered and grieving father: “And I told him what I could / But there was much beyond my reach.” Such humility in a troubadour who continues taking sounding of the deep mysteries of faith gives me hope.

And that is no more evident than Jim’s recognition that another poet may have expressed some truths better than he has, which is why for the album’s final song he bowed to Malcolm Guite for the haunting lyrics that conclude, “Come, hidden Wisdom, come with all you bring, / Come to me now, disguised as everything.”

The Sky Above the Clouds is now streamed through Spotify, Apple Music, Pandora, Amazon Music Unlimited, and YouTube Music. Just search for “Jim Croegaert” on these platforms. It can also be ordered as an audio CD album, MP3 digital download album, or as single-track downloads from Rough Stones Music. 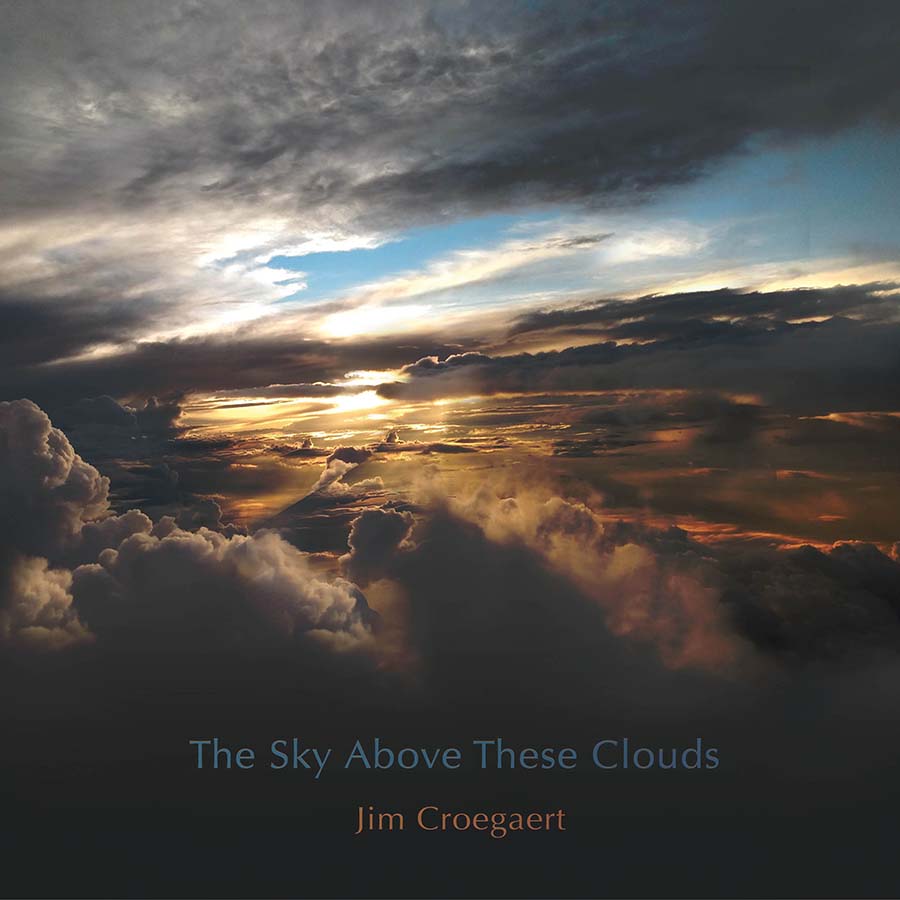 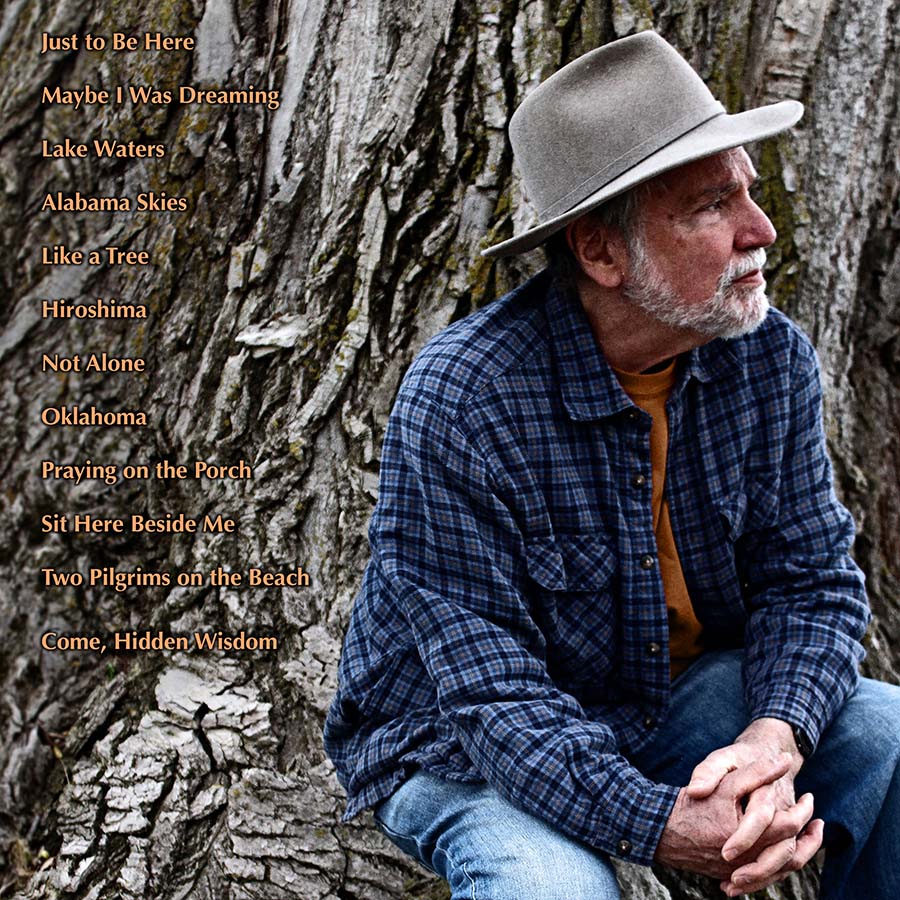 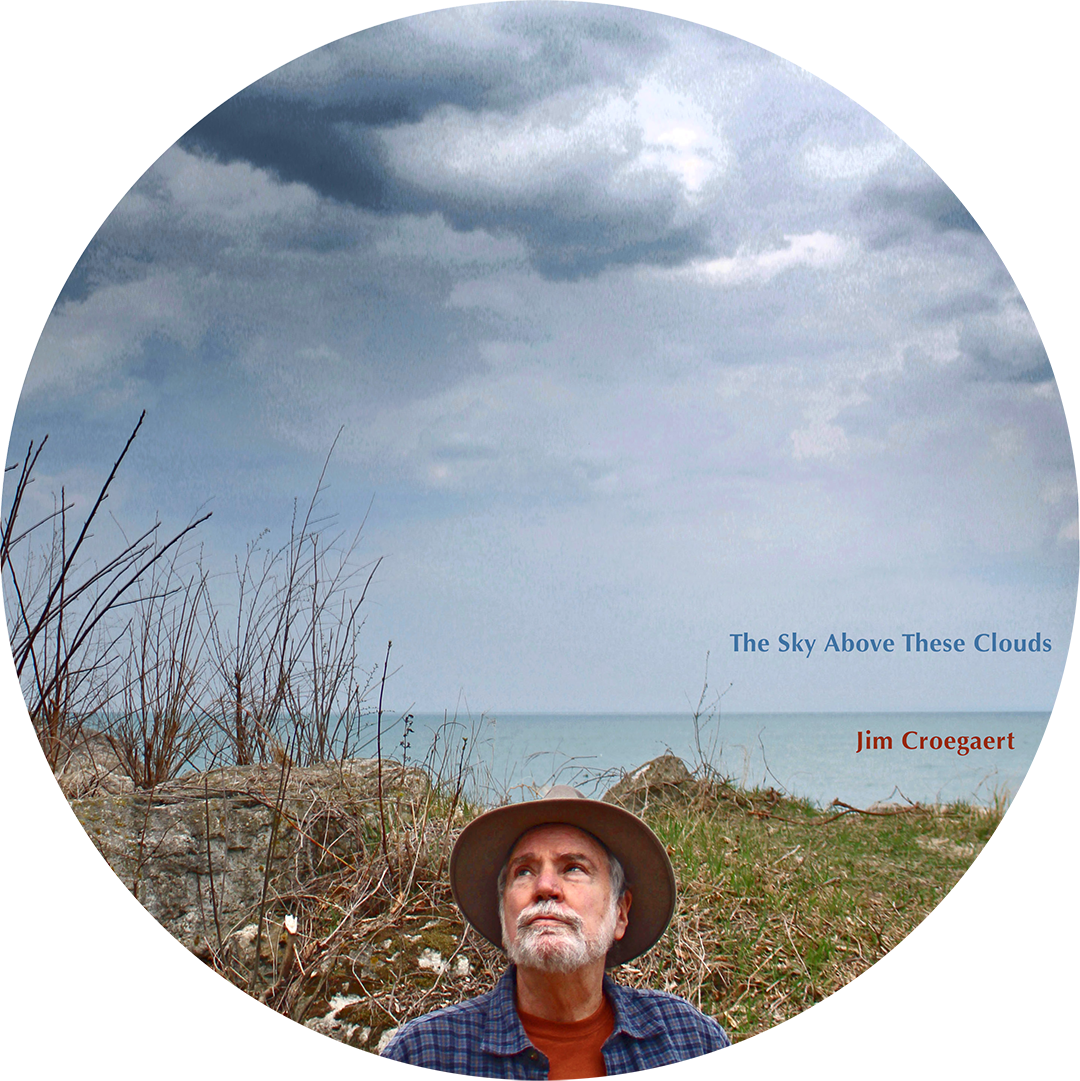