Tim Slevin – What I Remember 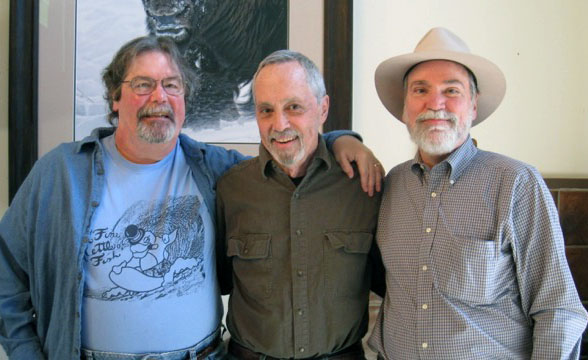 I met Tim as a high school freshman at Spalding Institute in Peoria, 1960. He possessed many important attributes, not the least of which was being able to mimic some very distinctive persons, notably our principal, Father Brown, as well as certain teachers. He could also sing Little Richard songs with true flare, was a natural showman. He sang and played bass in our band, The Tempests, until his parents vetoed his involvement and we had to find another bass player. He still sat in on vocals on occasion, sometimes in a glittering smoking jacket and shades.

After high school, I went to St. Joseph’s in Rensselaer for a year, he to Quincy College. We kept in close touch. After one year at St. Joe’s I went on the road with my old band. We changed our name to The Truviers, then to The Heard, then to The Wylde Heard. Tim often traveled to visit us, most often in the company of another mutual friend, Mike Foster. Those are precious memories. Then graduation happened, and for him, Vietnam, which prevented him from being in our wedding in 1970, as best man. Big changes were in store for both of us.

We had less contact as the years went on, but still kept in touch and saw one another on occasion. Then a few short years ago, and shockingly, Tim was diagnosed with esophageal cancer. By this time I had been a hospital chaplain for over a decade, and I knew this was far from a good thing. But Tim was characteristically positive as he went forward into the treatments, receiving unstinting support from wife Nancy, and from his kids, Drew and Natalie. We talked much more often in this time period, and I would often be tired from laughing afterward. He was one of the funniest people I have ever known, as well as one of the best. But many of the treatments he underwent were simply hellish. He did have one extended period when he was in remission. Mike and I spent a wonderful afternoon with him shooting pool in his basement. (A number of photos are from that day.)

But the cancer, as is its wont, returned and worsened. Eventually he realized his options for fighting the disease were exhausted, and he called to say good-bye. Tears fell. Not long after, the call came that he had passed. More tears. The song, “What I Remember,” came shortly thereafter, and I was honored to sing it at Tim’s memorial service a few days later. I miss him. A lot.

Are what we remember

Download a Lyric Sheet in PDF format: What I Remember 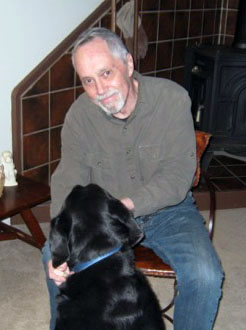 None of us will forget Tim Slevin’s laugh and his smile.
Since his death, memories have flooded us, laughter commingled with weeping, recalling the tales he told, both tall and true. Every recollection always seems to come back to that smiling laugh.
Tim’s courageous conviction that his cancer could be conquered was contagious. For thirty-three months, through daunting chemotherapy and radiology regimens, this happy warrior, this fighting Irishman believed that victory would be his, as we all prayed.
Now we have the memories that make us laugh and smile again. Capturing him in words is like trying to catch lightning, sunshine, joy, magic, and thunder in a Mason jar.
We met in 1961, both Spalding Institute sophomores-to-be aged 14. The Tempests, a band of schoolmates, were playing a summer dance in the St. Thomas school gym. Midway through their set, this apparition wearing blue-lensed sunglasses, black leather jacket, and blue jeans spun around, clutching a microphone and singing Little Richard’s “Jenny, Jenny, Jenny, won’t you come along with me?” I thought He looks like an interesting guy. I should get to know him better.
I did. He was.
Because he bought a bass guitar, he moved to The Tempests’ front line, lead singer on Freddy Cannon’s “Tallahassee Lassie,” Huey “Piano” Smith’s “Don’t You Just Know It?” Bobby Vee’s “Walkin’ With My Angel,” Jimmy Soul’s “If You Want To Be Happy,” and The Showmen’s celebration of rock and roll, “It Will Stand.” Because I knew many lyrics, found a drummer from Canada attending Woodruff on my paper route, and drove a hard bargain for five matching blue batik blazers in Block and Kuhl’s basement, I became the band’s manager.
Quite rightly determining that The Tempests were increasing Tim’s exposure to beer and college girls twisting the night away, his parents Spalding and Jane terminated his music career. I filled in on the bass at one Bradley frat party in a barn on Pottstown Road by watching rhythm guitarist Paul Burson’s fingers before Billy Sutton took over.
However, music bonded us for the rest of our lives together. On the day the Beatles’ first Capitol single, “I Want To Hold Your Hand” b/w “I Saw Her Standing There” was released, we walked down to Jay’s on southwest Adams Street and bought it. Tim did a fab depiction of Paul McCartney on that picture sleeve.
His mischief was the stuff of Spalding legends. One day in Br. Houde’s senior English class, Tim snuck out the rear window. Some wit shut it. So Tim walked around the corner on the tiny third-floor ledge and knocked on Br. Houde’s front window to be let in.
His uncanny gift of mimicry stood him in good stead in Spalding skits. He’d mastered many imitations, but none better than his send-up of Fr. Brown, who’d been the principal our first three years there. With the loan of a cassock by co-conspirator Fr. Lund, our American history and French teacher, Tim became Fr. Brown, gesture and voice, down to the last dotty dignified detail. 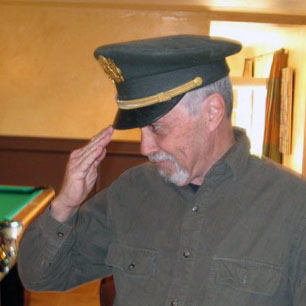 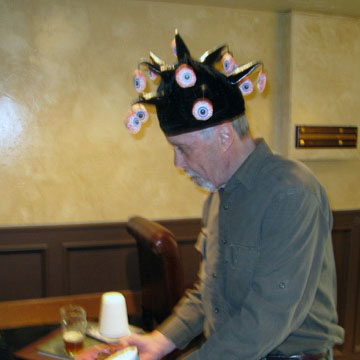 When Jo and I would be gone for a weekend, a week, or even four months while I taught in Canterbury in 2004, our homestead of cats, chickens, turkeys, ducks, Guinea fowl, and lambs was fed and watered by Timwise Gamgee. Though he’d retired as shepherd after one year, he helped me bring home the two Cheviot ewes that would become my breeders in my Chevette hatchback. We were driving them up Germantown Hill, Tim in back trying to keep them from joining me in front., when two of his neighbors passed us by ogling and making “What?” gestures. Tim rolled down the window and yelled, “Double dating!”
He was a busy businessman and a sold salesman. His entrepreneurial spirit was infectious. He rightfully rejoiced in being Natalie’s not-so-silent partner in her Sugar Bakeshop in Denver and her star turn on Unique Sweets on the Cooking Channel. Nancy’s Good Mama jewelry-making business likewise made him proud.
His July 4 fireworks shows and his “Uncle Chan” commentary loom large in his legend. Our dialogue as we shot pool wearing Shriner fezzes amplified the pleasure of playing what was, for me, almost always a sound defeat. But with Tim, I lost laughing.
Then cancer came.
In the time from his diagnosis to his death 33 months later, I only saw him twice. But I wrote him a cheering postcard almost every day. In our last phone conversation in late April, he was coughing and hoarse but chipper and confident that he was winning the match. “Maybe you can come over later this week,” he said.
“You just say when,” I replied.
That day never came.
When we would sit outside under the shade of the maples in my yard, we’d sometimes speak of Simon and Garfunkel’s “Old Friends” and “Bookends,” looking forward to the days when we’d sit side by side, lost in our overcoats, pondering how terribly strange it was to be seventy.
Alas. Tim Slevin and I will never share those days.
“Time it was and such a time it, it was / A time of innocence, a time of confidences / Long ago, it was sweet / I have a photograph / Preserve your memories / They’re all that’s left you.”

← Benefit Concert for Friends of Habiba Jim Croegaert in Concert →